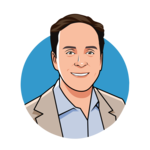 Mr. Rascoff is a serial founder with deep operational experience. He co-founded Zillow, Hotwire, a soon-to-be-announced stealth startup and dot.LA, and served as CEO of Zillow for nearly a decade. He scaled Zillow from a small private, venture-funded company to a publicly traded company with over 4,500 employees and over $3 billion in revenue, during the last twelve months ended June 30, 2020, and a household name. Zillow’s market capitalization today was approximately $20 billion, as of September 11, 2020.

During his tenure as CEO of Zillow, Mr. Rascoff created and maintained a corporate culture that was frequently recognized as exemplary, receiving awards from Fortune Best Places to Work, Glassdoor, The Seattle Times, and many other organizations. With a focus on diversity, equity and inclusion, Zillow created employee affinity networks and was twice named to Bloomberg’s Gender Equality Index.

Prior to Zillow, Mr. Rascoff co-founded Hotwire, where he ran corporate development through the company’s launch, the aftermath of 9/11, and ultimately the sale of the business to Expedia for $685 million.

Mr. Rascoff’s experience as a high-profile and successful technology executive—as well as his role as an active angel investor who has backed more than 50 startups—has enabled him to build trusted and deep relationships with many technology startup executives. 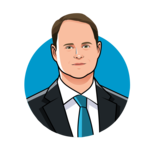 Mr. Klabin is an accomplished investor and entrepreneur. He is Executive Chairman of Sotheby’s Financial Services, responsible for building and leading an expanded executive management team to help Sotheby’s further modernize its underwriting process, improve its access to capital markets and develop innovative financing solutions. He co-founded Senator Investment Group in 2008 and navigated the firm through complicated equity and credit market environments during his 12-year tenure as Managing Partner and Co-Chief Investment Officer. Alongside his colleagues at Senator, Mr. Klabin both protected investor capital during the Great Financial Crisis and subsequently capitalized on the resurgence in financial markets and the economy in the years that followed.

Mr. Klabin built and scaled Senator to be a widely respected investment management firm that managed up to approximately $10 billion in assets. During his tenure, Senator managed capital on behalf of many of the largest pensions, endowments, sovereign wealth funds, and family offices globally.

Under Mr. Klabin’s leadership, Senator became known for pursuing differentiated thematic and event-driven investments in public and private securities across both credit and equity.

At Senator, Mr. Klabin created a primary research initiative that incorporated proprietary data to augment traditional fundamental research with the goal of proactively identifying companies and industries at timely inflection points. Over the years, his proprietary research team has done deep and differentiated work on emerging themes and trends including the future of work, the care economy, re-commerce, industrial automation, robotic automation processing, sports data and technology, digital health, digital payments and financial technology, and cybersecurity, among numerous others.

Prior to co-founding Senator, Mr. Klabin worked at York Capital Management and Quadrangle Group. Mr. Klabin began his career in the M&A department at Goldman Sachs. He is a member of the board of directors of Enstructure, Faherty Brand and The Nantucket Project. Additionally, he serves as a Trustee of the New York Philharmonic, The Allen-Stevenson School and is a member of the Leadership Council of The Robin Hood Foundation. Mr. Klabin received a Bachelor of Arts degree in English Literature from Princeton University. 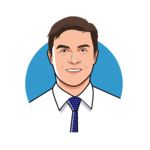 Mr. Reid has more than two decades of investment, acquisition and operating experience with a focus primarily on technology and technology-related businesses.

Mr. Reid was a Senior Managing Director at Blackstone, where he helped lead over 15 private equity investments representing over $40 billion in transaction value across a range of industries and geographies. In his 21 years at Blackstone, Mr. Reid sourced, evaluated and executed a range of transaction types including growth capital, buyouts and distressed opportunities. He was a member of Blackstone’s Private Equity Investment Committee and was one of the senior partners helping lead the firm’s private equity efforts in Europe from 2012 to 2016. 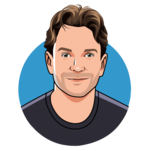 Prior to forming Stripes, Mr. Fox was a Co-Founder and Managing Director with Internet Capital Group, a venture capital firm. Prior to forming Internet Capital Group, Mr. Fox was the director of West Coast operations for Safeguard Scientifics, Inc. and TL Ventures. Mr. Fox is also a co-founder of A10 Capital, a commercial mortgage lender. Mr. Fox graduated from Pennsylvania State University, with a BS in economics. 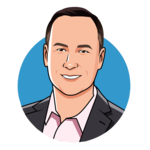 Mr. Lanzone has also served as Chief Executive Officer of Ask.com (formerly Ask Jeeves), which he joined in 2001 after its acquisition of eTour.com, where he was Co-Founder and President. Mr. Lanzone is currently a board member of GoPro, Inc. and Newport Festivals Foundation. Mr. Lanzone graduated with a bachelor’s degree in political science from the University of California, Los Angeles in 1993. He also holds a dual JD/MBA degree from Emory University School of Law and Emory University Business School. 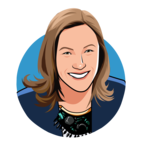 Ms. Renfrew is the founder and Chief Executive Officer of Beautycounter, a leading clean beauty and skincare company which she founded in 2011. The multi-channel, direct to consumer brand has been recognized as a pioneer of the clean beauty movement advocating for stricter regulations for the entire beauty industry. Beautycounter has received numerous awards including being named to CNBC 2020 Disruptor 50 list, Fast Company’s Most Innovative Companies, Allure Best of Beauty, Glamour Beauty Awards, Refinery29 Innovators List, NewBeauty Awards, WWD’s 2019 Best-Performing Beauty Company (small cap), and the CEW’s 2019 Indie Brand of the Year.

Ms. Renfrew has spoken at Vanity Fair’s Founders Fair and Fortune’s Most Powerful Women and NextGen Summit, as well as top business schools, including Wharton (University of Pennsylvania), Tuck (Dartmouth), Stanford and Columbia. Ms. Renfrew currently serves on the board of directors for The Nantucket Project and previously served on the boards of organizations including GOOD+ Foundation, Healthy Child Healthy World and her alma mater, Miss Porter’s School, where she was the commencement speaker in 2014. 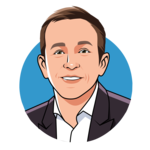 Mr. Singh is currently the Chief Executive Officer of Accolade, a personalized advocacy company for employers, health plans, and health systems, which he joined in November 2015. Prior to that, Mr. Singh co-founded Concur Technologies, Inc., a business travel and expense management company, in 1993, and was most recently its president and chief operating officer until it was acquired by SAP AG in 2014. At Concur, he was responsible for all operational functions of the business ranging from sales and marketing to customer services to R&D and human resources. Prior to Concur, Mr. Singh held positions at Ford Motor Company and General Motors Corporation.

Mr. Singh serves on the board of Avalara, a top provider of cloud-based tax compliance automation for businesses, Amperity, the world’s only Intelligent Customer Data Platform, and Seattle Children’s Hospital Foundation, a not-for-profit corporation that raises funds to help every child live the healthiest and most fulfilling life possible. Mr. Singh holds a BS from Western Michigan University.